What’s Coming to Your Smart Home Automation System in 2018

All of the Coolest Stuff at This Year’s CES

It’s that time of year again – one of the most exciting for fans of smart home automation.

CES 2018 showcased some of the coolest gadgets and gear you’ll be using in your home.

From massive 4K Ultra HD smart televisions to voice control in every room of your house, there’s something for everyone at this year’s showcase.

In this blog, we’ll highlight some of our favorite stuff on the floor.

See Also: Is This the Easiest Way to Protect Your Home?

Alexa for the Shower

For some, there’s nothing better than being able to control their automation from the comfort of a hot shower.

But very few homeowners want to risk drowning an iPad in soapy water.

That’s why Alexa – Amazon’s voice control platform – has become integral to engaging with automation systems throughout the home, especially while in the shower.

So why wouldn’t you want a shower you can work the same way?

Moen, a leader in bathroom fixtures, wants to make it a reality. At this year’s CES, they unveiled new digital shower technology that allows you to control your shower with the sound of your voice.

Just tell Alexa to turn the shower on at the desired temperature and enjoy.

At this point, it may seem like we can’t be impressed by 4K projectors.

Even though the industry was slow to adopt the higher resolution for projectors, these days every major manufacturer has at least one in their lineup.

But at this year’s CES, Sony unveiled one of the best we’ve seen.

The new LSPX-A1 short throw projector offers stunning 4K resolution at 25000 lumens, and can sit less than 10 inches away from your wall.

That makes it perfect for both high-end home theaters and most media room applications.

Plus, it sports stunning design features like a marble top, half mirror finished aluminum frame and a wooden shelf, making it more like a piece of furniture than an AV component.

So the debate between projectors and TVs has come to something of a head in recent years.

Today, TV displays can reach sizes almost as large as some projected images.

But with a larger screen size comes greater weight, clunky appearance and a general lack of space, right?

Not if LG has anything to say about it. Their latest OLED prototype can actually roll up into a piece of furniture just like a projection screen.

The difference? It otherwise functions just like a regular TV.

The new rollable TV might not hit the market this quarter, or even this year, but it’s certainly one of the coolest things at the show.

Want to learn more cool and interesting things about the future of home automation? Let’s talk!

Just click the button at the bottom of the screen to chat with a real person right now. 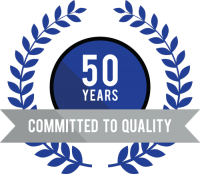